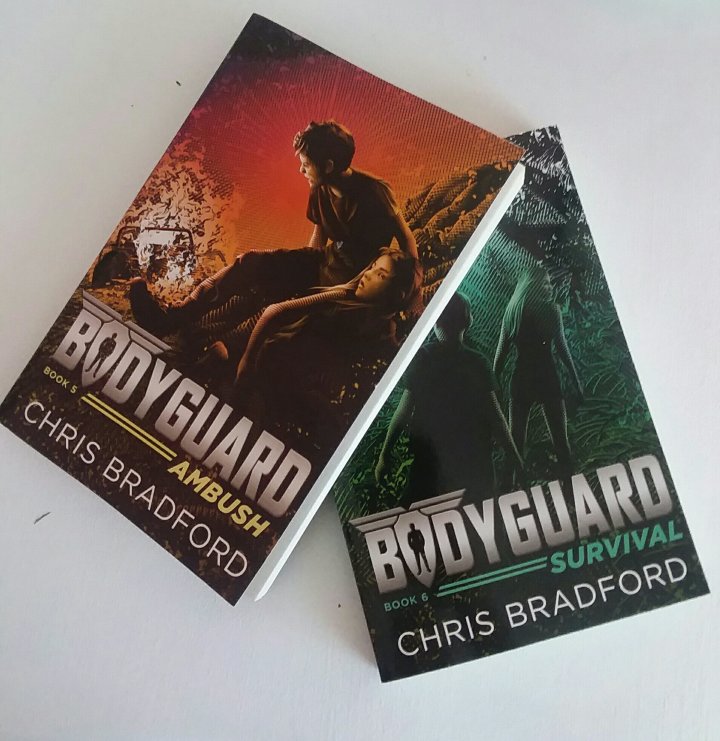 Synopsis: Connor’s mission: to protect a foreign ambassador’s family on safari in Africa.

Considered the perfect assignment, the holiday turns to hell when their convoy is ambushed by gunmen. Fleeing through the bush, Connor and his assigned family become the prey in a shoot-to-kill hunt across the African plains.

As they fight for their survival, Connor realizes the gunmen are the least of their problems. For no amount of bodyguard training can prepare him for the wilds of Africa and one prowling hungry leopard…

Review/Thoughts: These two books never really dragged on for me. There was always something that happened that held my attention. There was some time skips that I weren’t overly fond of, it wasn’t huge time skips more like a day or two. Things like that. I didn’t mind them, but I wished that they weren’t throughout Connor’s birthday. I would have liked to see more of what they did for his birthday that’s all.

Connor had his hands full in these 2 books, I mean he always does but this… He had to ensure his principals safety, avoid all the dangers that roam Africa, avoid the enemy, and make sure he, himself lives to keep the principals safe! A nice touch that was added was the fact that, while Connor is a great Bodyguard and great at all these other things he’s still human. Meaning he’s not invincible, not unbeatable and that he has an a phobia…that terrifies him! Yes, I’m sure all things are hinted and mentioned in the previous books and in the ones I have yet to read, but they were more highlighted in these books. I…I don’t want to sound cruel towards our main character, but I enjoyed seeing that. I enjoyed seeing that he was…a teenager.

This Dr. Grey is creepy. I know we haven’t seen the last of him, and I don’t know whether to be concerned, or terrified by that thought. I don’t want to be on this guy’s bad side, and I get the feeling I also don’t want to get caught making a deal with him. He’s just creepy to me.